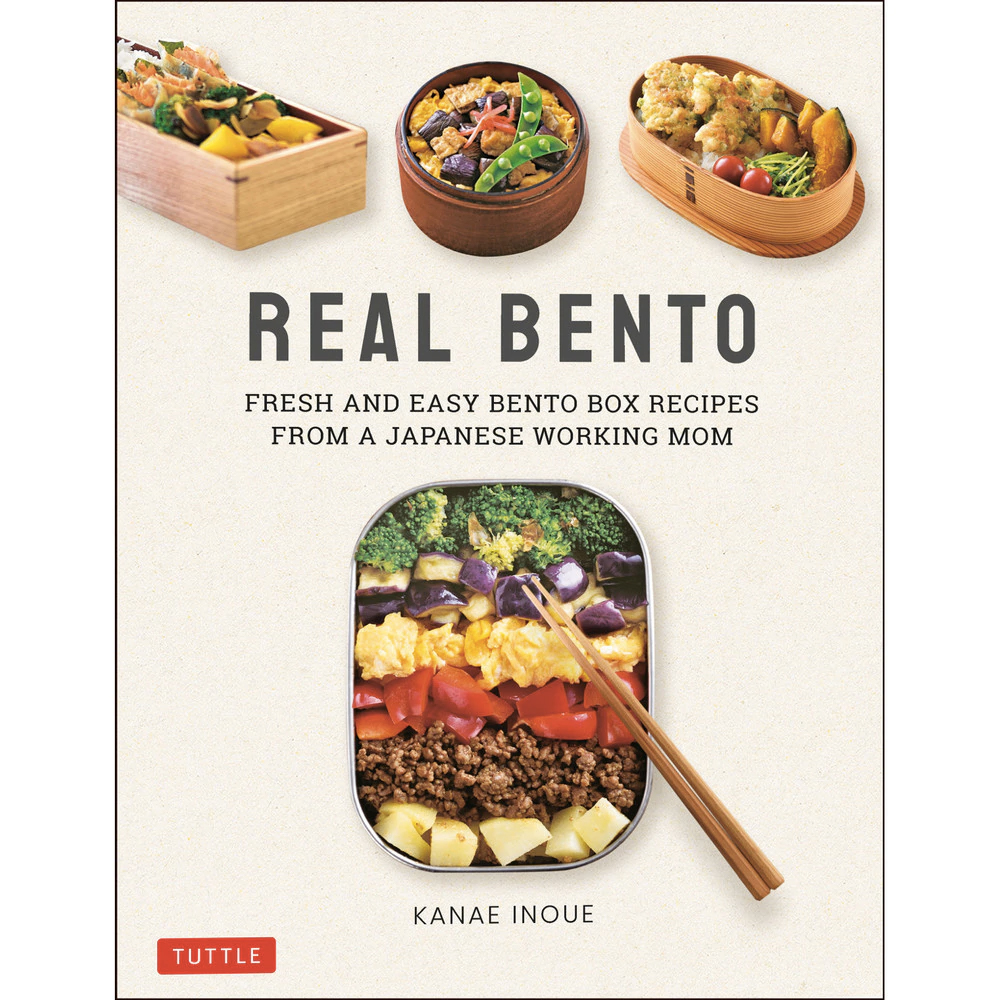 (The drawing has ended and the winners notified. Thank you for entering!)

I know, it's been a while. But I am here to cheer you up hopefully in these rather dire times!

Real Bento: Fresh and Easy Bentos from a Japanese Working Mom is a cookbook by a popular bento blogger in Japan called Kanae Inoue. She takes a very pragmatic, streamlined approach to making bentos, based on her years of making them for her three children for many years - a boy (who is now in college and living away from home) and two girls.

There are lots of quick and easy recipes in here. She uses all the equipment she has on hand at the same time to save time. One thing to keep in mind is that she uses a fish grill, which is a standard piece of equipment in Japanese kitchens, a lot. The translated version suggests using a toaster oven grill instead; you could also use the grill in a regular oven, although that would need time to heat up.

There is some use of Japanese ingredients that aren't widely available in the U.S. for example, but you can work around most of them, since there are plenty of recipes that use ingredients you can get anywhere. If you live near a Japanese or general Asian grocery store you should have no problems.

I would say the recipes are aimed mostly at (Japanese) teenagers, i.e. her children, and aren't really what you would called 'classic' Japanese. But they are exactly what they are intended to be, quick and easy bento items.

It doesn't include a whole lot of beginner bento basics and such, so you'll want this mainly for the recipes. For the beginner tips and so on...you know where to come. ^_^

There's also a short article in it by yours truly, about making tamagoyaki (the classic Japanese omelette that's a standard bento item. It is based on this post, so if the description in the book is too short, you can refer to that.

Real Bento is published by Tuttle Publishing, and will be out on April 7, 2020.

Oh, by the way, I translated this book!

So did you say giveaway?

Yes, yes I did indeed. Here's what to do:

Since the comments here are closed for technical reasons, I'm going to run this on Facebook, Twitter and Instagram. It is also open to my patrons on Patreon. I have three copies to give away!

Here are the rules.