Takara Tomy Arts Smart-Han: The most compact bento box ever...??

(Warning: Nothing at all here that's not safe for work, but if you are the type of person that's easily offended, please skip this post. Thank you. ^_^)

This is not a brand new product - it was introduced back in August of last year - but for some reason it caught my attention the other day. As you may know, Takara Tomy is a major toy manufacturer in Japan that makes popular toys like Licca-chan dolls and the Tomica line of die-cast cars and so on. They also have a line called Takara Tomy Arts, which makes gadget-y items for kids to adults.

One of their latest products is this thing called the Smart-Han (スマート飯). Tha name is a pun based on the word 'smart phone'; "han" means rice or a meal It's basically a plastic cylinder which opens up like so, to be filled with rice and flavorings of your choice, like furikake: You then close up the cylinder and close up the ends. You twist the cap at one end with gradually pushes up the rice inside, which you can nibble on while holding it one hand. 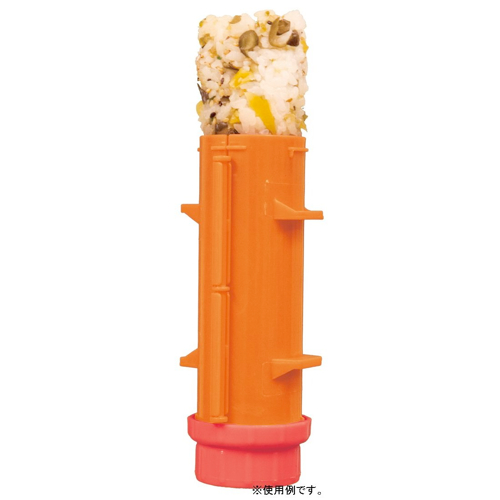 Sounds reasonable, right? So let's see it in action, shall we? 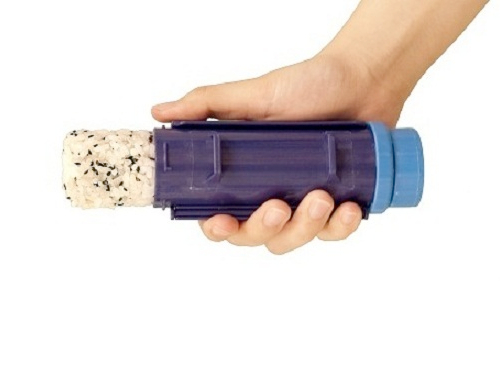 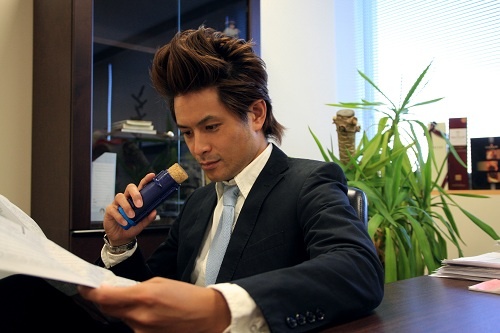 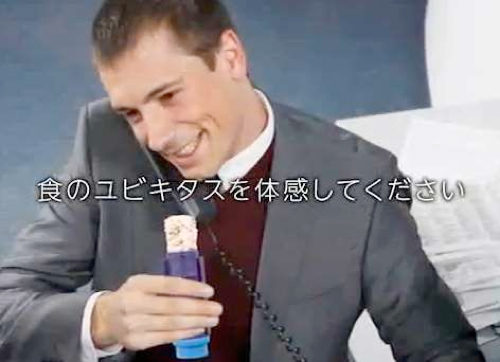 Soo, forgive me for having my mind in the gutter but it does look a bit..ok it's hilarious. The good thing is, Takara Tomy Arts seems to be very aware of how silly it looks, as can be seen in their ad campaigns, which use some very retro-'70s kitschy looking illustrations. Check out the 'tache on the guy on the left! 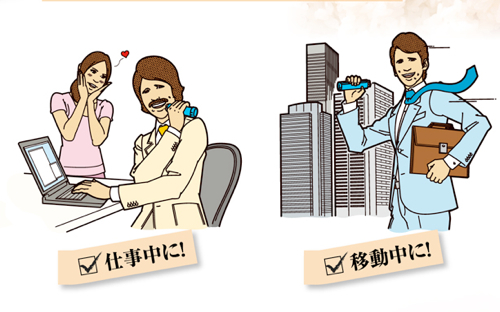 Last but certainly not least, their video ads are pretty funny. The first one is a parody of a typical over-excited smartphone ad, and talks in dramatic tones about its "114 calorie capacity" and "Worldwide connectivity...to your stomach!" and so on. "Screw-up Storage" indeed.

And...good news! It's even available in the U.S. on Amazon in blue or a weird orange-pink (the blue is sold as 'for men' and the pink 'for women' in Japan). And,of course there's a Hello Kitty version which comes with a wee rice paddle. (The Doraemon version isn't available though.)

The Smart Han seems to have been pretty successful. They're even coming out with larger size MEGA versions for "powerful men and powerful women" (!)

Personally I can't see the point of this silly thing - why not just carry a couple of <a href="http://justbento.com/handbook/bento-basics/onigiri-omusubi-faq'>onigiri? It's certainly a conversation starter though. Can you imagine nibbling from this at your desk? ^_^